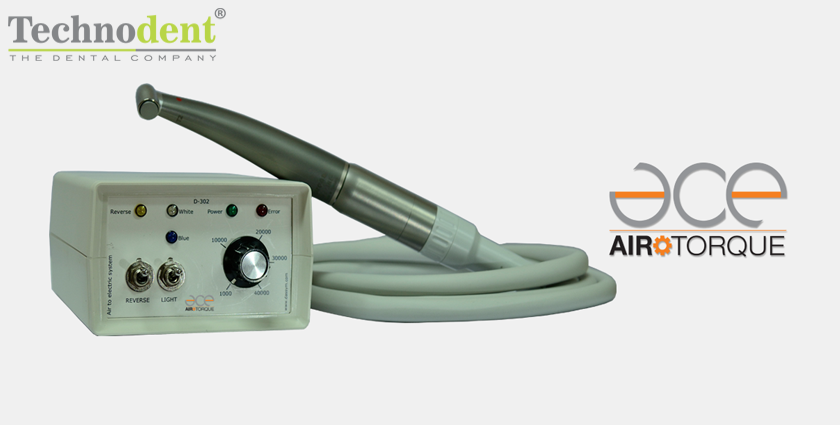 The art and science of restorative dentistry is dependent on essential equipment functioning as near to perfection as possible. Practitioners who have tried electric handpieces become quick converts to the benefits of preparing a tooth for a crown with an electric handpiece. The torque and versatility of an electric hand-piece are unmatched and allows the practitioner to do better dentistry on his patients. The three dimensional benefits of using an electric handpiece to the dentist is that it translates to efficiency, precision, less stress, and finer result. While it benefits the patients by getting a superior treatment, less noise, and he spends less time in the chair. The tooth benefits by going through less vibration during treatment, as well as less heat and less drilling time. Compromising the vitality of a tooth can be done with any type of handpiece, but it is most effectively avoided with an electric handpiece.

The constant torque of an electric handpiece eliminates the stalling or reduced speeds experienced when using an air-driven handpiece to cut through crowns or other dense materials. Speed is expressed in revolution per minute (RPM), whereas torque is expressed in watts. The motor speed is easily adjusted to provide precise control of the rotation of the bur for a specific procedure with a dial or the rheostat. The top bur speed is 200,000 rpm and at this speed the electric handpiece generates 60W of cutting power constantly. The bur will not stop or slow down as resistance builds (depending on the hardness of the material) and the practitioner is able to cut through at all speed ranges, without placing excessive pressure upon the bur. Dentists should consider an electric hand-piece if they are interested in a quantum leap in their ability to deliver high-quality treatment.

One motor is used for high-speed and slow-speed attachments with an operating range of 80-200,000 rpm. A large variety of attachments are available for high-speed, slow-speed, endodontic and implant placement procedures. Electric handpieces will have a gear ratio imprinted on the handpiece which helps identify which procedures are best performed with that particular gear ratio. The high-speed hand-piece having a 1:5 ratio for typical procedures such as cavity or crown preparation, and sectioning existing fixed prosthetic. The low speed with 1:1 handpieces would be indicated for caries removal, preparation refinement, and adjustment of ceramics. The ultra-slow-speed handpieces for procedures such as pin placement or endodontics with a gear ratio of 10:1 or 16:1.

Doing away with Bur chatter:

The constant torque produces a concentric cutting motion as speed is maintained. Chatter is caused by bur wobble, which is caused by ball bearing wear in the air turbine, supported by O-rings. The gears of the electric handpiece hold the bur in a locked position to prevent the wobble or vibration of the bur that is often experienced when using an air-driven handpiece. It provides greater bur concentricity because electrics rely on solid gear-to-gear contact and rigid bearing support. Therefore, the bur does not wobble, and chatter is eliminated. While most attachments have two gears, some provide three gears to better distribute the load. This feature reduces the wear on the bearings, resulting in less failure over time.

The standardized ISO coupling or universal coupling, between motor and electric hand-piece is offered by most companies. The abbreviation for this universal electric connector is termed an “E” connector. The benefit of this is that most electric handpieces will fit any manufacturer’s motor and is distinctive by its rectangular tab on the motor and the handpiece.

Early electric motors utilized small brushes in the gear systems. Over time, the carbon brushes wore against the rotors and required replacement. Many of the new motors are brushless, reducing the need for routine maintenance. Manufacturers have significantly reduced the length and weight of the motor and improved the balance between the motor and attachments. New attachments have been designed to provide easier access. Some manufacturers have reduced the size of the head, while others have reduced the distance from the tip of the bur to the top of the handpiece head. The angle of the attachment has also been reduced to improve access.